After my arduous flight, it was a relief to reach my mother’s house in Kendal, Cumbria.
I was sure that it would seem freezing in the north of England after Florida, but it didn’t seem too bad (although later on, the cold did seem to seep into my bones!).  I also had some winter weather clothing stashed at my mother’s place, which I dug out from the loft – woolly hat, raincoat, fleece, Doc Martyns, walking/running shoes...

What impressed me most initially was all the Autumnal colors in northern England (Florida doesn’t really have a great deal of seasonal change), as well as the dramatic and attractive Lake District scenery. 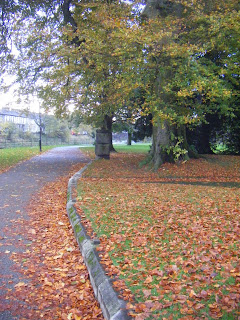 I spent the first couple of days acclimatising and indulging in some of the things that are impossible or difficult to do in Florida.  I ate cheese and onion pasties and fish and ships, drank cider, and bought some North of England ale. 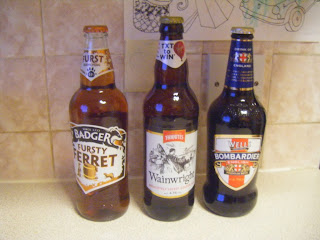 After the weekend, I went to a folk music club in Kendal on the Monday night, which was fun, listening to some traditional British and Irish music. 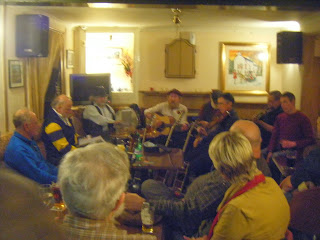 I bumped into an American singer from Nashville whilst I was there.  Rod Picott had just finished a European tour and stopped off for a night in Kendal on his way from Scotland to London, where he was due to catch his flight back to Tennessee. He told me that he wanted to experience some traditional music and this was his first time at a UK folk club

He was a lone American in a room full of Brits.  I am used to being a lone Brit in a crowd of Americans, so I felt a connection.  He was a really nice guy and I would highly recommend his music.

Having found my Blighty feet, I set off on my first major jaunt.

I worked and lived for many years in the Leeds area, so I embarked on a trip over to Yorkshire to see my old friends.  To get there meant driving through the narrow, winding country roads of Cumbria and North Yorkshire (my mother had kindly insured her car for me and offered me its use).  It was great fun and a definite contrast from the broad, straight highways of Florida.

I visited a few old work friends from the time I spent working for Leeds Libraries. 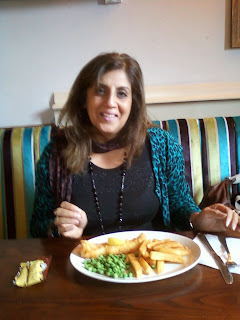 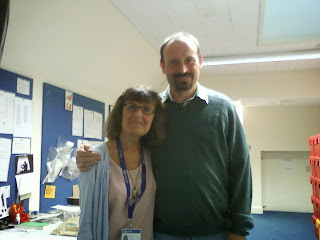 I drank with some old friends in the pub (I do sometimes miss the cosiness of the traditional British pub, living in the US). 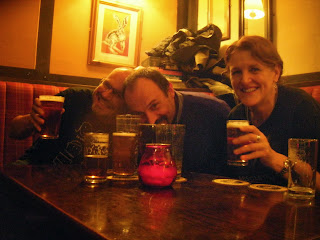 I also went for some excellent walks with old friends through the parkland and woods of north Leeds.

Meanwood Park was visited by J R R Tolkein when he lived in the area and some scholars believe that it influenced his vision of Middle Earth that he used when he wrote The Hobbit. 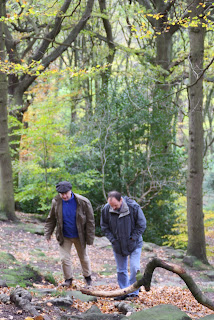 My weekend in Yorkshire seemed to go by too quickly, but it was a great first trip.

I headed back to my base in Kendal and made plans to head down to the Brighton area, Sussex (south coast of England) next, and also Edinburgh, Scotland.

I also drew up some plans for some more forays into Yorkshire and a mountain climb in the English Lake District.