Everybody knows the clichés and stereotypes when it comes to British and American differences: Americans are individualistic, the British are old-fashioned and resistant to change, Americans don’t do international travel, the British have bad teeth, etc. and sometimes there is a degree of truth in them.  But now and again you come across differences that do not feature in the cliché handbook, which, despite being subtle, are no less powerful.  One thing that is a bit of a shock to the system is that, generally speaking, there is a different concept of family in the US to the UK, which comes as a bit of a surprise, as you somehow expect that it is going to be in a similar Anglo-Saxon mould.
This is going to be a tough one to explain and put into words, but I will do my best.  In general terms, the USA is much more family orientated than the UK and their family values are different.  Families really are the building block of this young, immigrant country.  There are lots more family-orientated things to do and members of families are more interlinked and interdependent in the US.  The bonds also carry on throughout adulthood to a stronger degree. 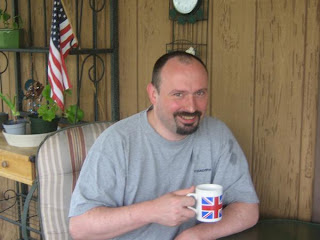 The obvious explanation for this from a British point of view is that the family thing is there for purely practical and sociological reasons: firstly the US is more religious and traditional in some ways and the churches emphasize family values and family life, and secondly, there isn’t much of a social safety net, or government help generally, so if someone gets sick or loses their job, they are dependent on their family much more than they are in the UK.  The “obvious” answer falls short, however, in my opinion and the true answer I suspect is a lot more complex and goes deeper, as many Americans relish the family structure and interdependence - in short I would say that the idea of family is a cherished part of American culture, as well as it having practical benefits.
British family values are different, I’ve realized.  British culture generally places a lot more emphasis on the idea of being “emotionally independent” (rather than the “practical independence” promoted in American culture).  In generalized terms, the Brits place more importance on individuals being able to cope emotionally on their own.  It is easy to buy into the stereotype of Americans being individualistic, but in terms of families, they are certainly not, methinks – certainly if you compare them to Brits.
My wife has talked to me a bit about British culture from an American perspective.  One thing that she mentioned was how alien the British public schools system seem to an American (confusingly, the term, “public school” in the UK refers to the elite fee-paying private schools), where the environment is influenced by ancient Spartan style deprivations that are meant to be character building.  I did explain to my wife that in the British class system, the public school culture is a minority one and seems alien to most Brits too – as most of us are educated differently.  But her point was still valid, I realized.  The public schools system is really just the extreme end of stream of thought that runs right through British culture.
I guess this is probably one reason why the Brits can seem aloof and reserved to other cultures and why Americans can seem a little schmaltzy to Brits (I probably shouldn’t mix metaphors by throwing in a Yiddish term, but there you go!).
I don’t pretend to fully understand all this to be frank.  I cannot get inside an American head, at the end of the day, and most Americans have a limited experience of British culture firsthand, so they don’t necessarily know exactly where I am coming from either (my wife being an exception).  I could say that the American concept of family seems more akin to the Southern European one (e.g. Italian) than the protestant Northern European, but that wouldn’t be quite true either.  I guess the only thing that I know for certain is that the concept of family is not quite the same here to what it is back in Blighty and that came as a slight surprise to me.
Posted by Paul at 4:49 PM